All About Funeral Potatoes 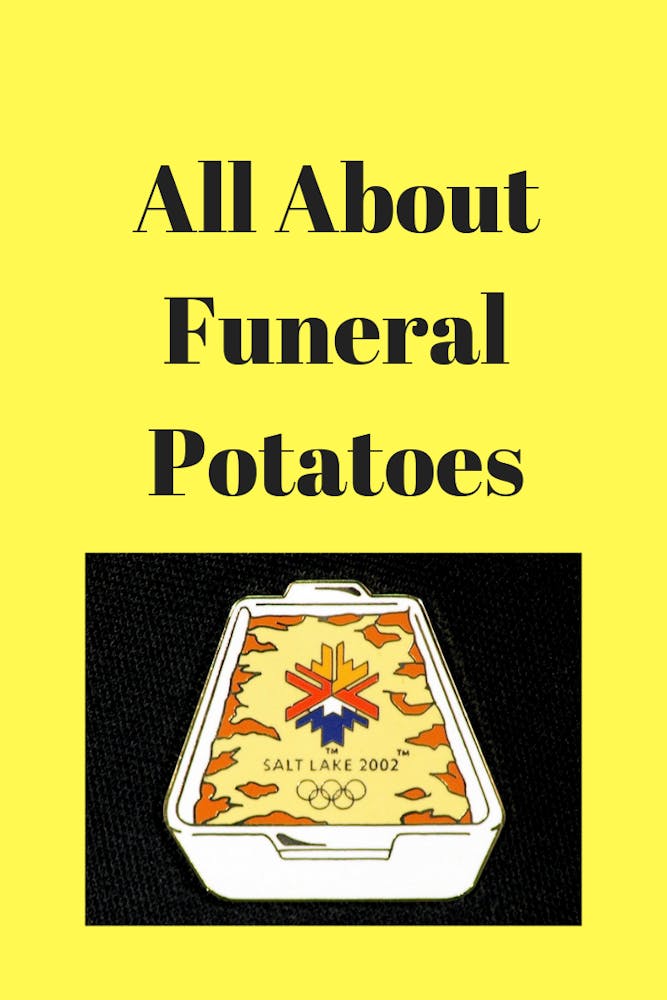 The history of funeral potatoes is that they are a popular dish often made and served after funerals for members of the LDS church (sometimes called Mormons) who have died. Chances are good that once you see what funeral potatoes are you will recognize them. You just aren’t used to them being called funeral potatoes.

The basic recipe for a funeral potatoes dish is the following:

1. Potatoes (of course) diced into small pieces.
2. Cheddar cheese- lots of it.
3. Cream of chicken soup. (sometimes cream of mushroom soup is used instead) 1 can per casserole dish.
4. Onions (sometimes onions are not included)
5. Sour cream- usually 1 8 oz. container per casserole dish.

The basic recipe involves mixing the potatoes, cheese, cream soup, sour cream and onions (if used) together in a large bowl, then putting the mixture into a casserole pan and baking it at 350 degrees for about 1 hour.

There are a few other variations such as also putting corn flakes on top crushed, or adding in some sliced ham or bacon bits.